Album on Repeat NTS Radio, Destroyer “Have We Met” and Sibylle Baier’s only album

Local Artists We Should Know More About Dogfuq (Richmond, VA) – incredible at rhymes

How is everyone holding up during this time?

Working at a grocery these days has been challenging. I was plugging along at the beginning of the scare, but every day has slowly gotten more frightening and harder to face. Much of the public doesn’t understand first-hand how the probability of contracting this goes way up when you are putting yourself around hundreds of people everyday. You are literally in the way of it and put your family at a higher risk as well. And I base some of the things I think I know on probability. It has made me appreciate the people who take care of sick people so much more. Richmond is beautiful right now though, and I am trying to take every day as it comes. Very grateful that my family and friends are healthy and that we’ve been able to keep up through video messages.

Tell us about how this project got started?

When I purchased my first computer and recording interface in 2007, I was so excited to dive in, but I spent a lot of my first year in college doubting my abilities and experiencing a lot of heaviness from things I was facing in my adolescence from religious dogma. I met two wonderful friends and we started making music together throughout a lot of our college years (Chromakid). I decided on the name Space Cubs during the end of 2010 and got more serious about finishing songs I had started here and there and fully began exploring while living in Brooklyn that next year. I left Brooklyn and moved back to Buffalo in 2012 and started playing solo shows. I released “Why Are You Resisting?” and a couple others on Soundcloud that year as well.

Are you working on anything new / specific at the moment?

I’ve been spending some time taking in and learning right now. This past year has been an intense year of music. I was collaborating and touring with Shawn Chiki and Adam Pressley the past couple years, which was a real blessing and has helped me grow tons. At the moment I’ve been focusing more on songwriting when I feel like it. When I was a kid and realized for the first time how much music and singing would be a very large part of my life for the long-run, I formed expectations for myself that, lately, I’ve been trying to readjust. I’ve needed to. I’ve needed an attitude adjustment haha. I am grateful that I have been provided the opportunity from a young age to pursue music and that’s why I think it’s vital for me to remember why I was first drawn to that. Music was truly my first love. I remember I would sit in my basement when I was probably 6 or 7 years old and play the same records over and over again for hours. It’s permeated my feelings of free-ness since I can remember. So, lately I’ve been working on appreciating the music around me better again. I listen to a lot of folk music and NTS radio right now. I have been putting a lot of my energy externally with the exception of my meditation practice and little bits that I write here and there. I tend to go through phases where I am wholly very internal or very external for periods of time. I’ve started working on some new things but focusing on not having time expectations or deadlines for myself. 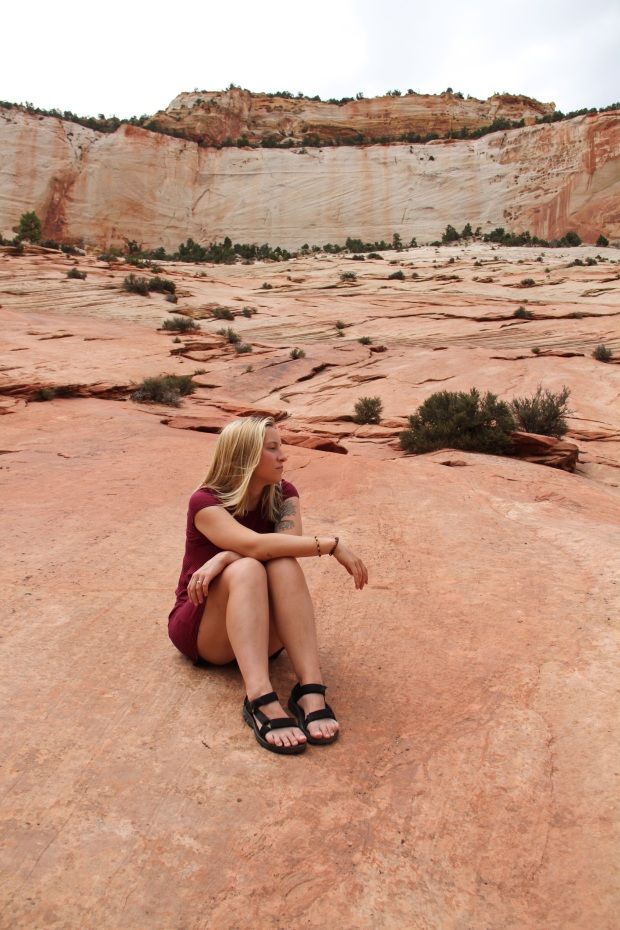 Any Buffalo Artists you admire that you’ve never met?

I’ve met John, but never really the whole band, but I really admire Alpha Hopper. I think they are so incredibly creative and really pushing boundaries in Buffalo.

There are lots of people I’d love to collaborate with when the time is right again. Hoping after my next release, but I’m not rushing that.

Who’s a local musician / artist we’ve never heard of but should?

Brenna Dimmig is an incredible writer and poet who writes from some inner place that really really resonates with me. I believe she just finished her second or third book. But the last one she wrote is a book of her poems, I believe. I’m hoping she puts it out soon.

What does Buffalo have to offer aspiring musicians?

Buffalo has the type of art community that doesn’t exist everywhere. I don’t currently live in Buffalo and have lived in several places and the community aspect and inclusivity is unique to it for sure. I love that about it.

I’ve focused so much of my musical energy the past few years in experimenting with Ableton. I’ve recently been taking longer breaks from that and from sound design and spending more time on writing songs. Taking a break from the computer has been refreshing in a way I’ve needed for a while. It is very easy to get down on yourself when you aren’t outputting material and Ableton makes it very easy to keep pumping out material. It’s accessibility makes it such an amazing outlet. I’ve been taking a break from focusing too much on that and, instead, working on one song on one instrument for very long periods of time, worrying less on hearing outcomes right away and more on exploring songwriting and inner world.

What’s the next move?

I don’t know, but it’s something 🙂